In search of forgotten sounds, unknown structures and untold stories, Aemn Break travels through the realms of his own little universe. The outcome of those expeditions are a mixology of stubborn electronica and broken beats often drenched in heavily manipulated samples and obscure soundscapes – sometimes up-tempo, sometimes slow and dreamy, always layered. The idea of ‘a complex simplicity’ is the red thread in his work, guiding the music towards his unique style of producing.

Inspired by artists like DJ Shadow, Coldcut, Beastie Boys and later Four Tet, Caribou, Bonobo and others who where breaking through those boundaries of genre, Aemn Break started to explore the possibilities of music in 1999. Autotelic at heart and a persistent do it yourself mentality, Aemn Break makes music for the sake of making music.

In 2012 he released his first album titled ‘Travels 1’: a uncategorised collection of sample-based tracks produced throughout the years. His second EP ‘Dustbowl’ on the other hand is glued together by a symbiosis of acoustic finger-style guitar and warm, melodic synthesizer sounds. Those two musical counterparts are both defining the Aemn Break philosophy: new vs recycled, straight forward vs complex, analogue vs digital. It’s the attraction of the opposites that creates the sparkling chemistry for his music.

Six years after ‘Travels I’ the Aemn Break archive is expanded with a new series of journeys called (of course) ‘Travels II’: songs and collages – 2013 to 2017. In this sense the sample based  ‘Travel series’ will be an ongoing, never-ending story. Meanwhile his focus is on his work with his band (Massa Nobu) and on new, original production work even more focusing on sounddesign and filmic moods. 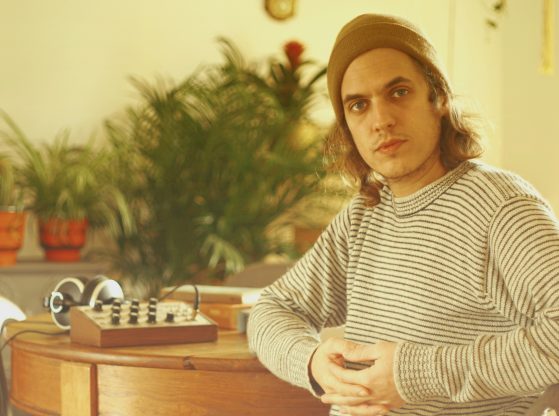